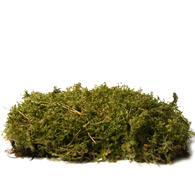 All About the Moss

If you like plants, you probably know what moss is but may not know about it or what it can be used for. Overall, you will find that moss is an interesting plant and it isn’t necessarily something that people think about when they are planting or creating arrangements. However, there are uses for it and it can be a great benefit to have it growing or to have it in some of the bouquets that you may purchase. You will find that even something like moss has a floral meaning and it stands for maternal love and for charity. This is a great gift to give someone and to show them that you are there and that you care for them.

In general, moss is just a small plant and it is very soft. You will find that these plants generally don’t grow more than about 4 inches, but some of the species will grow a little taller. There are definitely conditions and locations that are better suited to growing moss and you want to know that too. Moss is part of what is known as the Bryophyta family and in this there are over 12,000 different species. Moss is a plant that lives in moisture and it will grow better when it is surrounded by it, it also needs to have a lot of shade and dampness. You aren’t going to find these plants growing in the sun; they generally enjoy the shade and the dampness.

Moss is mostly found in nature and not necessarily in a flower bed. You don’t always see it growing in people’s backyards unless it is under a rock. Moss is generally found on a forest floor and it coats the area that is cool and damp, it also thrives in dark areas. Sometimes, people will use moss in floral arrangements because they can have some really interesting features to them. Moss can be used as great filler and to add some green color to your arrangements, it also comes in some different colors and it really can add some interesting touches to your arrangements. There are also a few uses that are in the commercial side of things for moss and you can use it for that and it can be sued for that depending on if you are in the business.

One of the most interesting parts to understanding moss is the fact that it doesn’t have seeds, which is generally how reproduction happens for most of the plants out there. Moss actually has a male and female chromosome that has a spore that they create. By doing that, they are creating the method for reproduction. There is not a bird that carries this seed and there isn’t the wind carrying the seed either. Moss grows long and low because it spreads by spores and that it how the reproduction process happens. Part of the reason why moss requires a damp condition is that they need to have water to reproduce.